You remember how I told you I love Malta, right? Well now I’m here – for 2 months!! (I quit my job, but that’s a story for another time…) 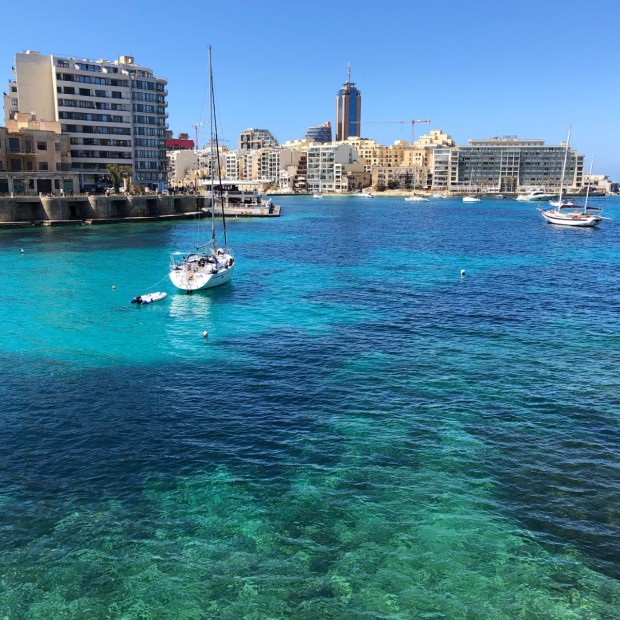 I’m on a Workaway project close to Sliema and St Julian’s and I’d like to document my trip, more for myself than anything. And as I’m flying solo (except for a weekend visit from the Dutchie, halfway into my trip) I should actually have time to write… so here goes!

I arrived at Luqa airport on Monday, so it was one of the least Mondayish Mondays I’ve ever had. God it feels good to be free!

In case you don’t know, buses in Malta are shit! I mean they’re cheap and all and the network is pretty decent, but they’re almost never on time. (My first bus was 15 mins late, therefore cue missing my connecting bus – which only runs ever hour – and so I had to take 3 buses instead of 2. Then the 3rd bus was over 10 mins late.)

But you have to laugh. Patience is a virtue and all that…

So after spending almost 2 hours to get to my accommodation (it was supposed to take an hour) I realised that it didn’t matter anymore… OH. MY. GOD.

I’m literally living in paradise. No joke. I’ve checked with my hosts and they’re happy for me to write about my experiences and share photos – except of the kids. But I’m not going to post any pictures of their house or anything because I feel like that’s an invasion of their privacy. But here’s a picture of their cheeky sheep: 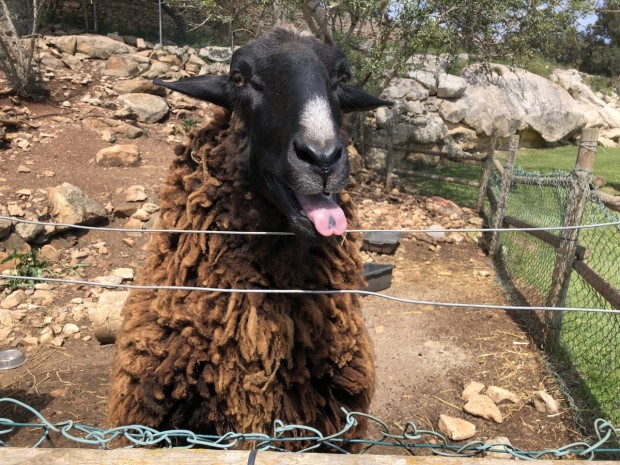 In the Workaway advert it said I’d get my own double bedroom, with a private entrance, bathroom, kitchen and washing machine. I was expecting like a little granny annex or something.

What I actually have is a 3 bedroom house all to myself – it’s massive! There’s an open-plan lounge, fully equipped kitchen, bathroom with bath, shower and washing machine, a massive double bedroom and a walk-in wardrobe! Needless to say I’m VERY comfortable here 🙂

I have to work for 3 hours per day, Monday – Saturday in exchange for accommodation plus money for food. (*More details about my Workaway position at the end of this post…*)

So this means there’s plenty of time left for exploring!

After my first 3 hour shift and learning the ropes I wanted to explore the surrounding area on foot.

I went to The Top of the World, Gharghur. It’s a lovely hike and the views are amazing if you’re in the area, but I wouldn’t bother making a special trip or anything. However I’m really happy I have this relatively close by – being the nature girl that I am!! And as I’m travelling solo I can sit on cliff edges without the Dutchie freaking out! 😉 (Sorry not sorry, dear husband…) 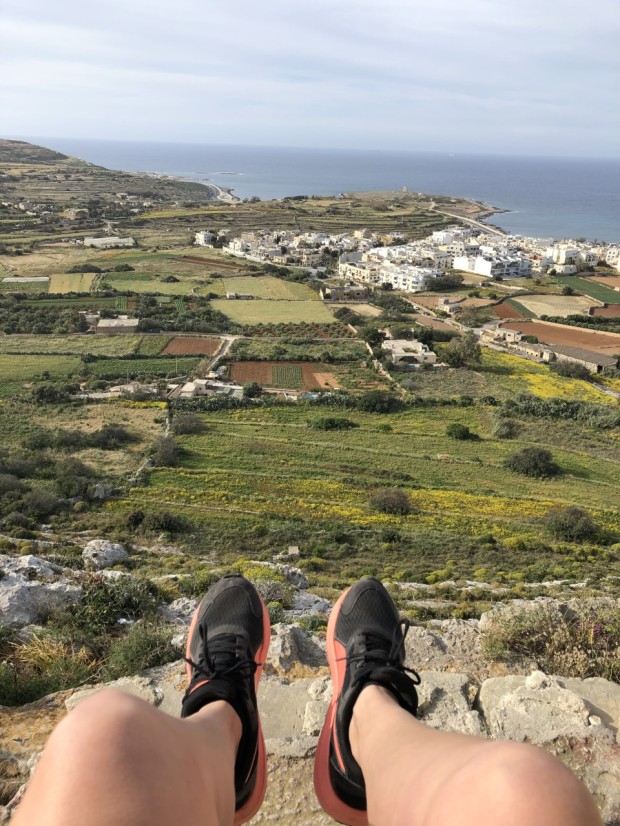 Top of The World, Gharghur

On Wednesday, after completing my duties, including looking after a parrot (that’s one to add to the CV, eh?) I headed to Sliema, hoping to get my bus card (the Tallinja card) sorted. No such luck, I’d recommend just doing it online. (My card finally worked after about 5 times of trying! It’s a very frustrating website. Good luck!)

Sliema was much busier than when I visited 4 years ago and there’s loads of construction going on (that applies to pretty much everywhere on the island actually!) but I’m still glad I went for nostalgic reasons ❤ (The Dutchie and I spent our first wedding anniversary on holiday in Sliema.) 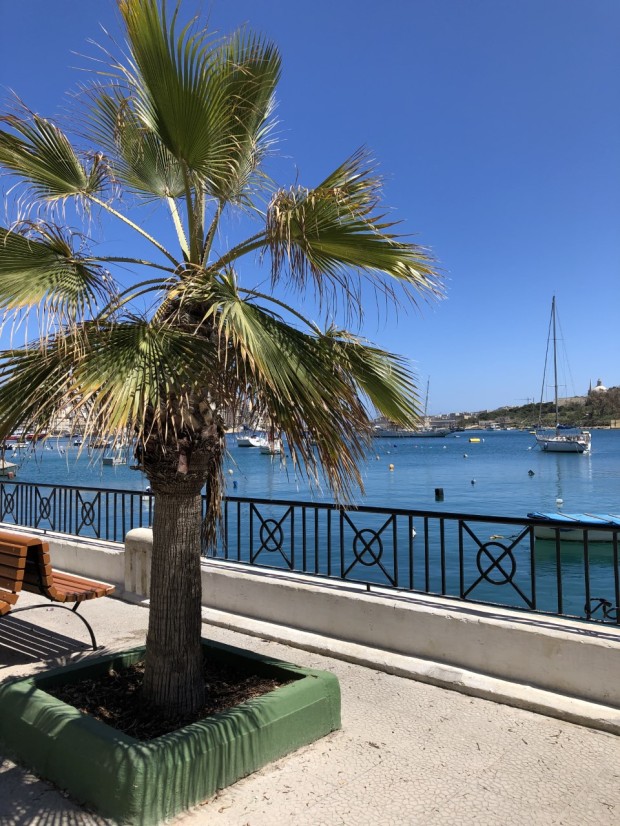 I then walked to St Julian’s and Spinola Bay! OMG… the water is just SO BLUE! I also went for a cheeky drink in the sunshine and I can confirm that G&Ts are still cheap as chips on Malta!! €2.50!!

I fancied staying a bit closer to ‘home’ so I took a bus to Mosta on Thursday. The Rotunda of Mosta (also known as Mosta Dome) is really beautiful, as are the streets and I ended up walking round for hours and taking pictures. It’s a really nice city, but probably not a must-see in Malta to be completely honest. 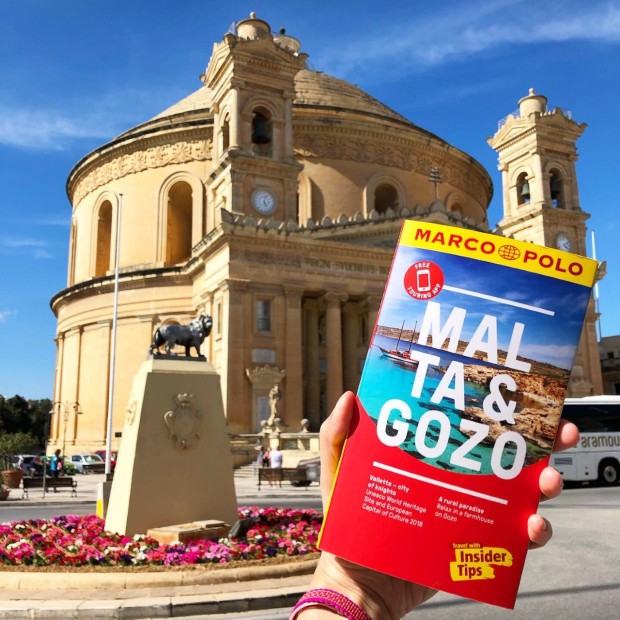 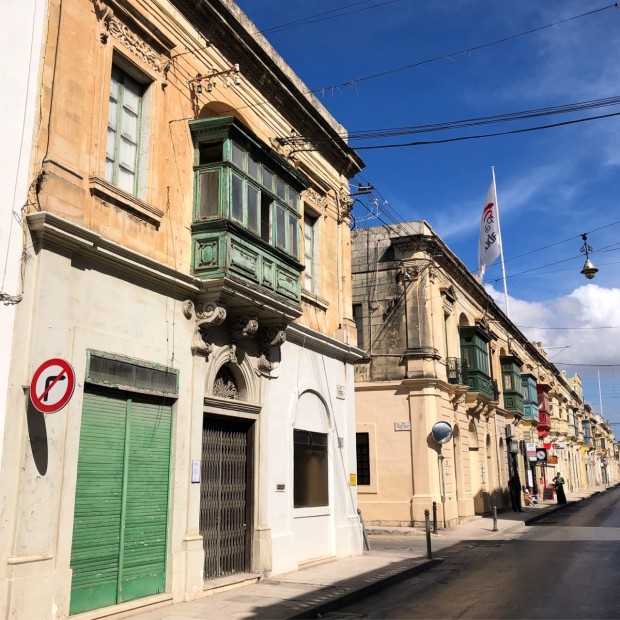 Day 5 was supposed host my first outing to Mellieha… my favourite place on Malta! Maar helaas niet. But unfortunately not. I missed my bus (doh!!) and the next one wasn’t for another hour, so I just jumped on the next bus and ended up in Valletta.

I wasn’t overly enamoured with Valletta the first time I went there (again, 4 years ago). But this time I liked it WAY more. On my bus journey over there, I checked my Trip Advisor App and saw that I’d saved a couple of gluten free cafes in my list, and as I was starving I headed straight to Piadina Caffe. (Yes, two ffs). One diet Kinnie and a gluten free focaccia later, I was a very happy girl and ready to explore! (At the end of the trip I’ll probably do a dedicated post about being GF in Malta if anyone is interested!) 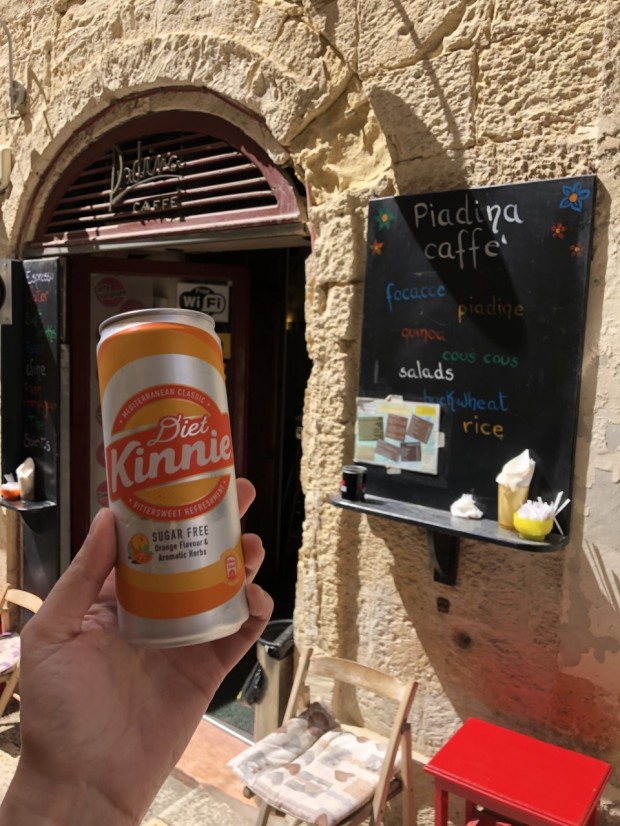 I then did what I do best: wandered round aimlessly for hours on end, taking in the city… and lots of photos obviously!!

I stumbled upon this one street, which I’m pretty sure is Insta-famous, and took probably one of my favourite photos I’ve ever taken: 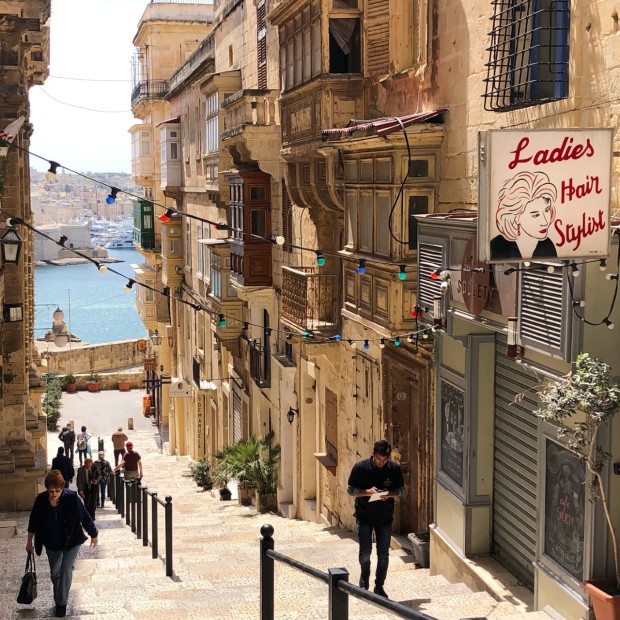 Yesterday I decided I couldn’t be dealing with buses (!!) so I explored Naxxar (prounounced something like nash-ar) on foot. I also visited the Top of the World again and racked up over 20k steps! 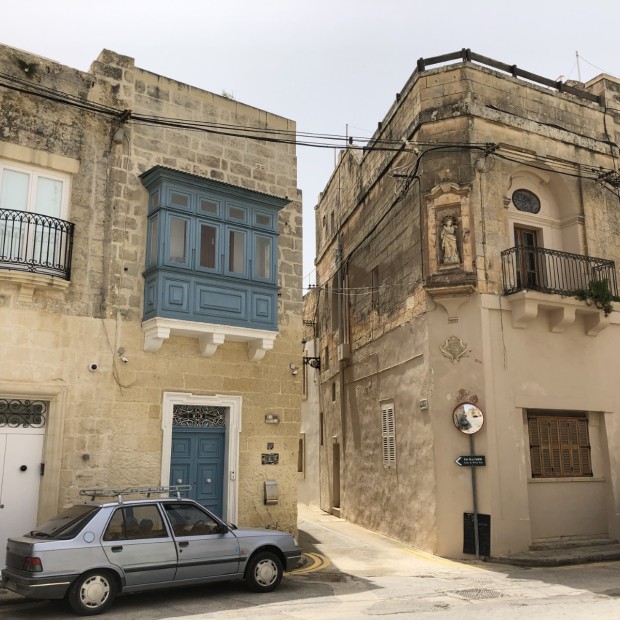 Today I’m off to Floriana, near Valletta, because they’re holding a ‘festa’ there! The Maltese festa is a (religious) village feast – the Maltese love their patron saints and so a party is held in their honour every year – some villages even celebrate multiple times per year! According to MaltaUncovered.com I should expect “Lots of colours, lots of sound and lots of locals for starters…” And fireworks… don’t forget the fireworks!!

Happy Sunday everyone, hope you’ve had a great week!

Things I have learned about Malta this week:

For anyone wanting more info about this Workaway position:

It’s very fair. They’re actually looking for someone to replace me at the end of June, preferably for 3 months as they’re away a lot in the “summer” (it’s 20-22 degrees at present! So summer enough for me!!) it’s mostly going to be house sitting / looking after the animals. If you’re interested and can stay for 3 months, please contact Rachel via their Workaway advert 🙂 You won’t regret it!!