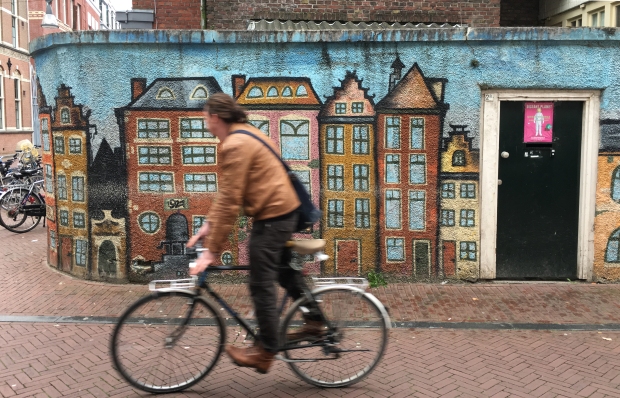 Nope, I haven’t forgotten… the 12 provincies challenge is still firmly in action. I haven’t written much about it (yet)… but behind the scenes, I have been visiting more of Holland than most Dutch people probably have!

Last week we ticked Friesland off the list! 🙂 Ideally, I would have liked to go to one of the islands – I’ve only been to Texel so far – but we only had limited time (and funds) so decided to stay on the mainland and visit the capital of Friesland instead.

I’m probably going to offend a lot of Leeuwarders now… but I thought Leeuwarden was just ok. Average. Sorry guys.

It reminded me a little of Utrecht without all the cool shit. Read: hipsters.

I don’t want to upset people who love Leeuwarden, honest, but I’ve got to be real. If people came to Hilversum and were disappointed, I’d get it. I know that I view Hilversum with rose tinted spectacles because it’s my adopted hometown.

When I was searching online for things to do in Leeuwarden (in both English and Dutch) it was slim pickings. I get it now. There’s not that much to do!! Hence why no one has written about it!

That’s not to say that we didn’t have a lovely time. We did. The people we met were lovely. (They did have very funny accents though, like a mix of Dutch and Norwegian. Friesland has it’s own official language!) The wine and food we had was lovely… so do go there if you just want a lovely time. If you want a fucking aaaaaamazing, staggeringly awesome time – go somewhere else! Amsterdam, Utrecht, Renesse, Zandvoort… I’m looking at you.

I’m glad I went, but I wouldn’t be climbing over myself to go back, nor do I recommend it as a must-see in Holland.

However, *if you do find yourself in the capital of Friesland*… here are my tips:

Trip Advisor to the rescue, you little beaut. This place was rated highly and praised for its wine. Sold! 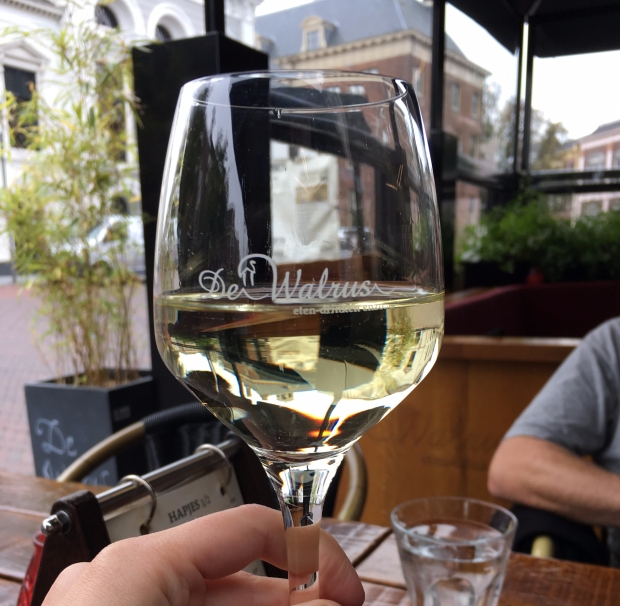 It didn’t disappoint. To go with our delicious wine, we also ordered a lil side of chips. Which turned out to be frigging massive! I’m not complaining. They were delicious. 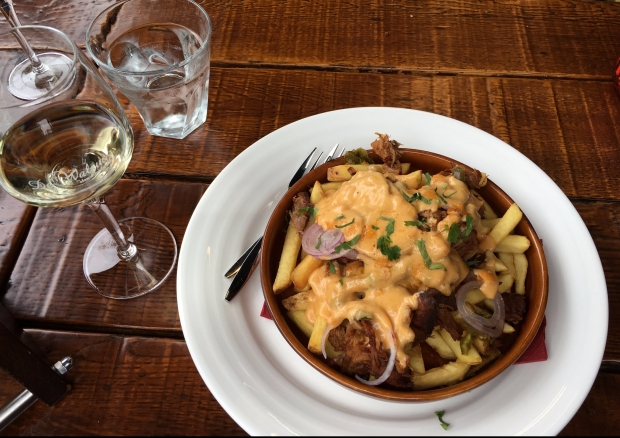 Chips, jalapenos, red onion, pulled pork and cheese sauce. AKA chips on steroids. They were amazing!

Definitely not shoddy! (Sorry, had to get that one in there! My Dad would be proud…)

Yummy mussels, friendly advice, trendy decor. A little pricey, but average for a wine bar in my experience. I’d go again (if it wasn’t in Leeuwarden!)

I found out on TA that this place is owned by two brothers, with their Mum as the chef (she has now retired, but we were told the new chef uses all of her original recipes). One of Oma’s dishes is still on the menu too. 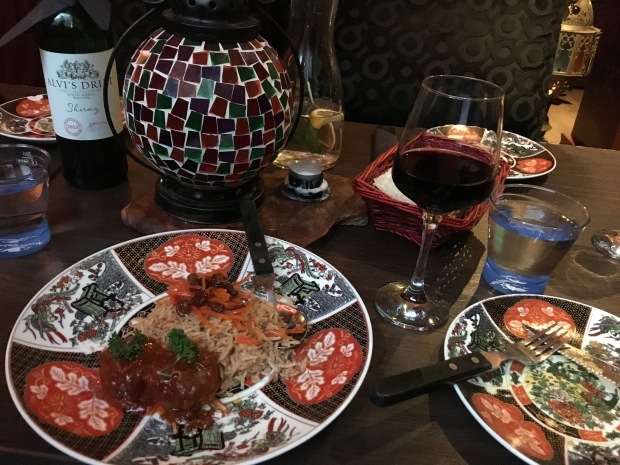 One of said brothers was our waiter for most of the evening, a very friendly chap who chatted to us in between courses. Highly recommended!! Excellent prices and the food is divine! Neither the Dutchie or I had ever tasted Afghan food before, but we will be looking out for it in future. Yum!! I can’t really recommend a dish in particular because everything was so good.

Also, voor de liefhebbers… they have shishas for after your meal.

Top things to do in Leeuwarden: Fries Museum. We didn’t go because I already know everything there is to know about chips! 😉

De Oldehove is an unfinished church tower in the medieval centre which apparently leans more than the tower of Pisa in Italy. I couldn’t get the Dutchie to pretend to hold it up, so here it is in all its boring glory: 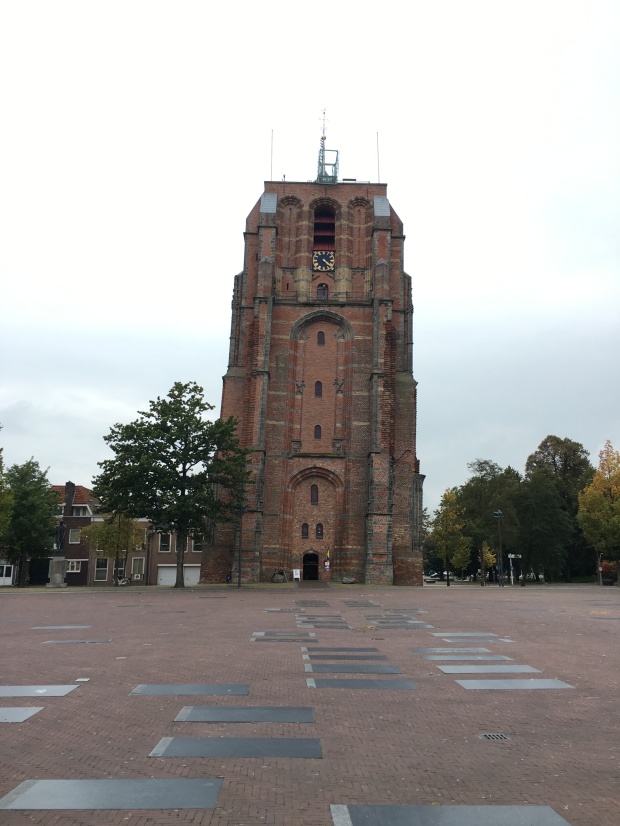 Boomsma Museum – we had planned on going here and tasting some of the brown stuff. (Beerenburger for you uncultured slobs out there.) But when we walked in it was busy and smelled like old people, so we went to the pub instead.

Canals and Historische binnenstad – does what it says on the tin really. It’s just nice to have a little mosey around the small streets and enjoy the architecture. 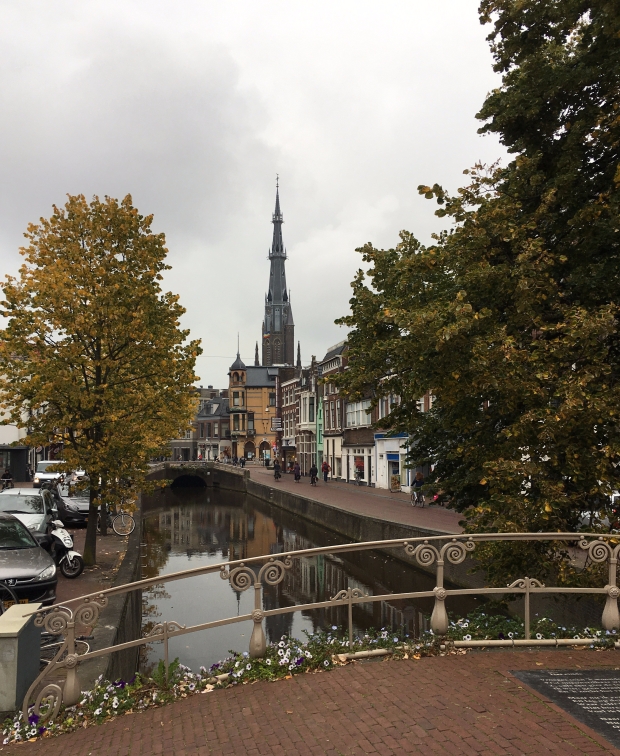 Red light district – no photos, obviously. (It’s illegal.) I was surprised to see that Leeuwarden even had a red light district! It was pretty ropey to be honest, as you might expect. But still worth a peek for the curious Englishwoman who still can’t get her head around legalised prostitution. 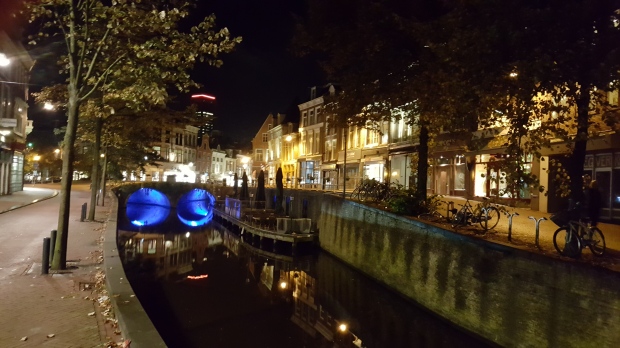 Leeuwarden by night. A photo NOT of the red light district.

We stayed at the Bastion hotel, nothing fancy but it did the job.

It was super clean, had free parking, free wifi, a fridge and tea and coffee facilities and was only a 20 min walk from town. If you walk the right way that is!! It took us almost an hour because we are morons and went completely in the wrong direction! 😀

Have you been to Leeuwarden? Did you love it, hate it, or were you just a bit indifferent towards it like me?