There’s a new hipster chip shop in Utrecht and instead of just *thinking* about going for months on end and never getting around to it, like I did with Frietwinkel, I only bloody went on Monday.

I happened to be in Utrecht, as we had friends over from England and we also happened to be hungry whilst walking past the new ‘Vis en Friet’ on Oudegracht. I’d seen on Instagram that Great Little Place Utrecht had already given it a thumbs up, so in we went. 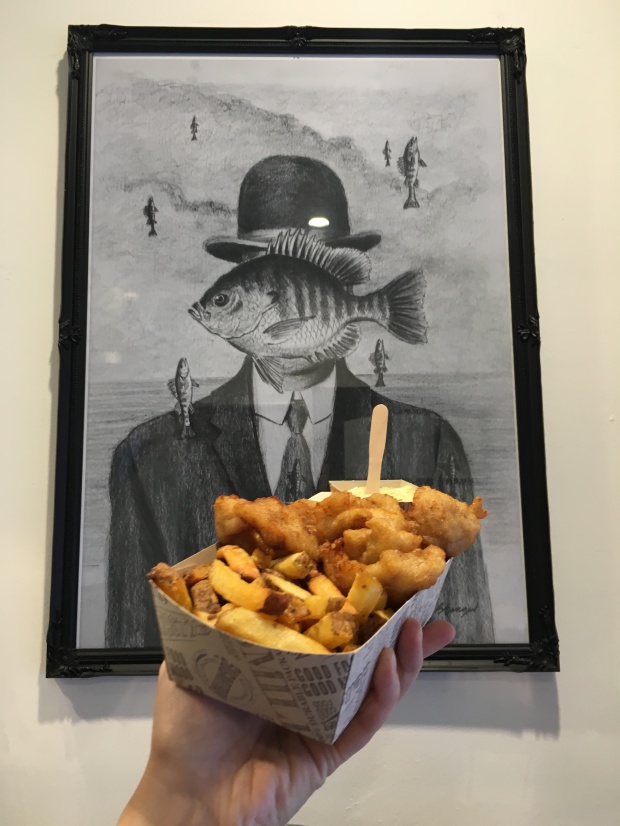 So, what do you need to know? The shop itself is tiny, there are only 3 seats inside and space for about 7 people outside depending on how much personal space you require…

They have the same potato cutting machine as Frietwinkel, but I wasn’t there when they cut the chips, so no video. Soz.

The chips are gooooood. As good as Frietwinkel’s. They have definitely got competition on their hands!

The fish is also delicious, it was a little bit greasy for my liking, but that seems to be pretty standard with kibbeling here.

Prices are the same as Frietwinkel for a small portion, but they’ve undercut them on the large portions by a whopping 25 cents!! 😉

Like Frietwinkel, they also have the separate little sauce cups so you don’t have to deal with the soggy-at-the-top, dry-at-the-bottom chip situation. Though I must say, the portion of sauce was a bit stingy and we did have to end up ordering another one! (50 cents. Welcome to Holland!!)

Overall, the quality vs price was spot on.

I think Frietwinkel has the edge over Vis en Friet, only slightly though… by being more instagrammable. The cones, the branding, the funny sandwich board outside. Hipsters love that shit. (FYI – I’m sooooo not a hipster. Not even close.)

Speaking of hipster, the music the dude had on was awesome. He was playing reggae, but not your standard, run of the mill reggae: Groundation and Alpha Blondy. The Dutchie was in heaven. We were only there for 10-15 minutes and they played two of his favourite reggae songs within that time! So bonus points from the Dutchie for music selection! 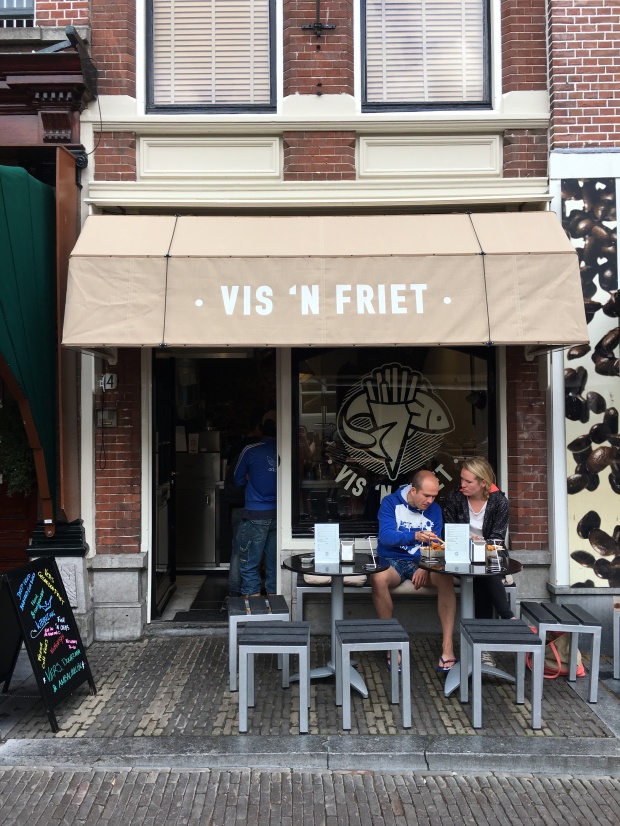 So I guess my advice is… take heed of their super unimaginative, yet highly functional names. If you just want chips, Frietwinkel is your boy. If you’re lusting after fish AND chips, Vis en Friet is the one for you.

Anyone hungry now?? I bloody am!