So, this is typical me… my 2 year anniversary of living in the Netherlands was two days ago.

My Mum used to tell me “you’d be late for your own funeral” and although it pains me to admit it, she’s right. (How is it that my Mother is ALWAYS right? So unfair!) Anyway, I digress.

2 years! Godver! How did that happen!?

I still feel like such a newbie: I still take 5 minutes to lock and unlock my bike, I still don’t eat hagelslag, I still have to double-check with myself which way to look when crossing a road (and then still check both ways anyway), I still mix up de and het words… and I still get flustered when people ‘surprise’ me by talking Dutch…

Just yesterday there was a knock on the door while I was working and I was expecting it to either be the Dutchie forgetting his keys or my ASOS delivery… but nope, it was my next door neighbour – who launched into a detailed account of our pipes and the inner workings of the plumbing on our road. 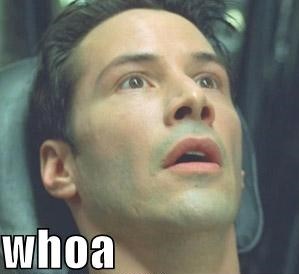 I admit, it took me a second – but I managed to flick the switch, gather myself and have a conversation with her about our pipes (don’t ask!) life in general and forthcoming holidays.

After closing the door, I did the above face again… because y’know… I just fucking realised I’m (almost) bilingual. Shit sticks. Who’d have thought it??

Anyway, apart from being able to understand and speak one of the most difficult and grammatically annoying languages in the world (according to me) – I learned some other things too…

I’ve said it before and I’m gonna keep banging on about it until it’s imprinted in your brain. Try to learn Dutch. Even if you suck – they’ll appreciate the effort.

2) They eat weird shit for breakfast (and lunch)

Breakfast: sprinkles which are clearly meant for ice cream – on bread, with butter and a glass of milk on the side. Lunch? Bread and cheese, with a glass of milk. You just gotta let it go. (Even though I clearly haven’t!!)

For dinner they eat pretty normally. If you can call a U-shaped smoked sausage and boiled, then mashed to a pulp veg “normal”.

3) The key to cycling confidently in the Netherlands? Fall off.

What is this mad English woman going on about now?? Nope, I haven’t hit my head – only my leg actually – but since I fell off my bike in Domburg a couple of weeks ago, I’ve felt really confident on a bike. Seriously. (How it happened: I was a drunken English fool, trying to knock the Dutchie off his bike. Note to self: you cannot knock a 6ft tall, 15 stone, Dutch cycling robot off his bike.)

But it’s really helped me because now I’m like – what’s the worse that can happen? A little graze on my knee and hand. DISCLAIMER: Don’t come crying to me if you actually hurt yourself or break your neck or something. And I don’t condone or encourage riding a bike when you’re drunk. Unless you’re highly skilled or Dutch 😉

BUT I DON’T LIVE THERE ANYMORE!! Also, you will disappoint people. When you do go over to visit you’ll have loads of people to see. Too many people, too little time.

Some friends are going to be offended you don’t contact them/see them every single time you’re over. Some people will complain, even when you do see them – that it’s too short. Others will cancel or drop out at the last minute, which is kinda acceptable if you live 20 mins away but when you live 600 km away… Not so cool. The best remedy for moaners: just give them stroopwafels, that’ll shut them up.

5) King’s Day is the best party in the world

Fact. Dress in orange, drink your body weight in beer and join in with the gezelligheid! It doesn’t get much better than this!! (More on King’s Day.)

By Carmelrmd (Own work) CC BY-SA 3.0 (http://creativecommons.org/licenses/by-sa/3.0), via Wikimedia Commons

6) Think King’s Day is weird? Other Dutch parties and celebrations take it to another level!

Does this sound normal to you? Celebrating 12.5 years of marriage, eating aniseed balls on rusks when a baby is born and making a life-sized doll of your friend when they turn 50. Nope, me neither. (Read more on Strange Dutch Celebrations.)

You just have to ride them off afterwards. The best Dutch snacks are bitterballen (duh) followed by kaasstengels (I’m a new convert) and vlammetjes (if you get the good ones – it’s a bit of a Russian Roulette). For more food-related goodness, I wrote a whole post about the 22 Dutch Foods you must try. 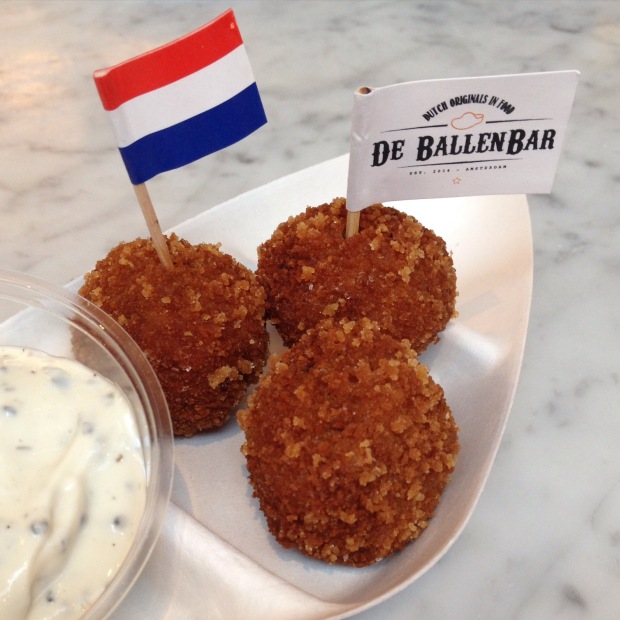 8) You have to learn to accept Dutch Directness

Or you’ll end up crying / being angry all the time. (I’m still working on this one.)

Just remember, it’s their culture and it’s not Dutch to mince your words. They’ll tell you how it is, whether you like it or not… so the only thing you can control is how you react to it.

Unless it's a fat black woman telling me what to do. I do whatever they say. (@thesoberstruggleisreal)

(By the way, if you’re not following the Fat Jewish, why not? He makes me laugh, every single freakin’ day!)

And if you live here, you know this because you’ve been told approximately 326 times.

But if you’re anything like me (and Invading Holland) then you just carry on saying Holland anyway because you’re basically a brat. (Calling myself a brat, not you, Stuart 😉 )

12) You can make a Dutch person extremely happy with the words: Lekker terrasje?

Or lekker biertje, or lekker anything really! The Dutch love many things… but the sun, terraces and booze feature at the top of the list. (Throw in some borrelhapjes and gezelligheid and basically life cannot get any better…)

I left the soppiest til last…

Yes, you probably have your partner and your partner’s family and friends to help you settle in… but you also need to find YOUR people. The first few months can be like the scariest roller coaster you’ve ever been on. Some days you’ll be isolated and lonely and could happily say “Fuck this shit! I’m going home”. Other days you’ll feel on top of the world and moving to Holland (or wherever you are) was the best decision you ever made. It helps to have people who are on the same roller coaster as you.

To meet people, I joined a blogger group where I met the wonderful Sophie of Feast with Sophie, Senja of Little House in Utrecht and Alison of A Flamingo in Utrecht (if you haven’t read these blogs yet, please do check them out! They’re awesome!) I’m also a member of two Hilversum groups via Meetup.com as well as having met a few friends at Dutch classes. It really helps to have people who are going through all the same craziness as you.

What have you learned from living in the Netherlands?