When you have visitors to The Netherlands, you have to go to Amsterdam… right? I love it! The perfect excuse to visit this beautiful city again and again! My best friend came to stay at the weekend and it was wonderful to be able to give her a guided tour.

Like any tourist, top of her list was a visit to Anne Frank’s House. I had warned her that the queue may take a couple of hours – as we hadn’t been organised enough to book (months) in advance – but when we arrived there around 11am it was even a surprise for me! RIDICULOUS!! The queue was so long we couldn’t even see the end of it!! Must have been at least a 4-5 hour wait… so thankfully, it was off the cards. Instead, we did what I love to do best: rondlopen.

I’m a total street art geek, so it’s my idea of heaven… 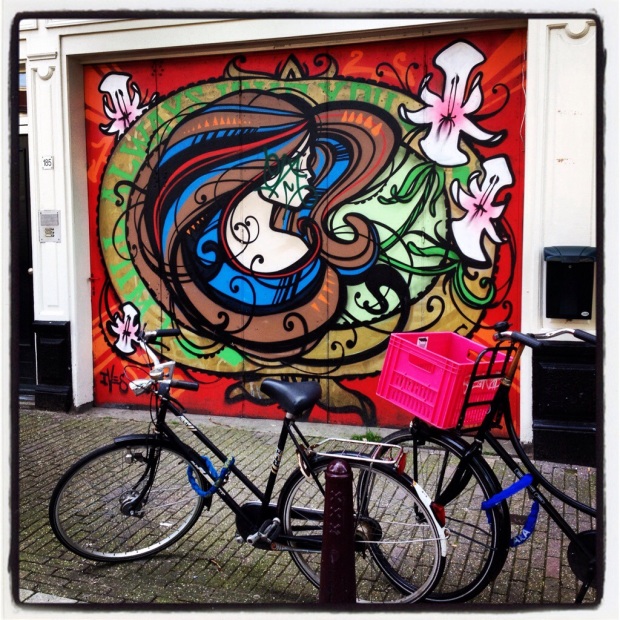 If, like us, you get caught out by the queues at AFH… worry not, there’s plenty in the area to keep you entertained! Her house is located on the famous Prinsengracht (Prince canal!) which has tons of cafes, bars and shops… as if the beautiful canal itself wasn’t enough! 😉

Cheese “Museum” – it’s basically a shop, but I’m not complaining! It’s a good shop!  And next door is the Tulip “Museum”… 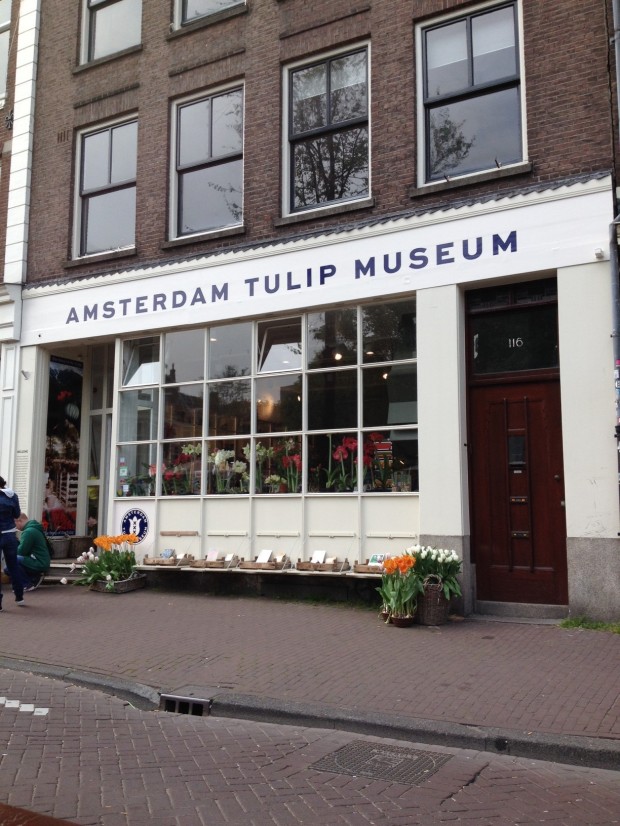 Did I mention it’s a great street for tourists? 😉 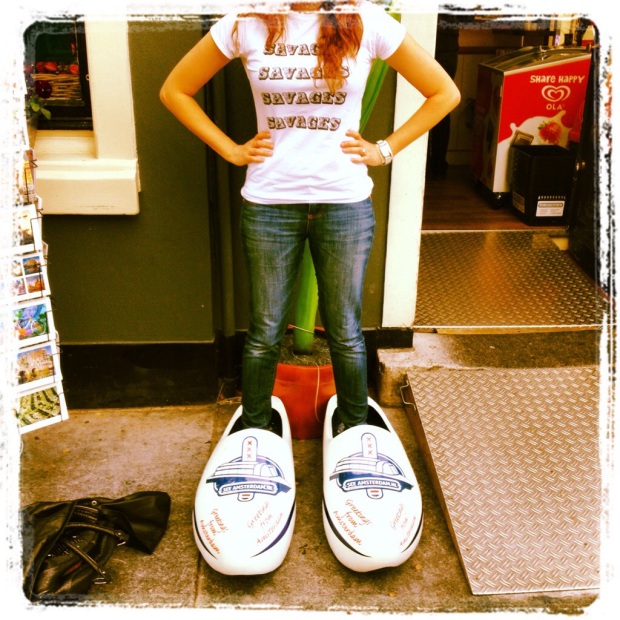 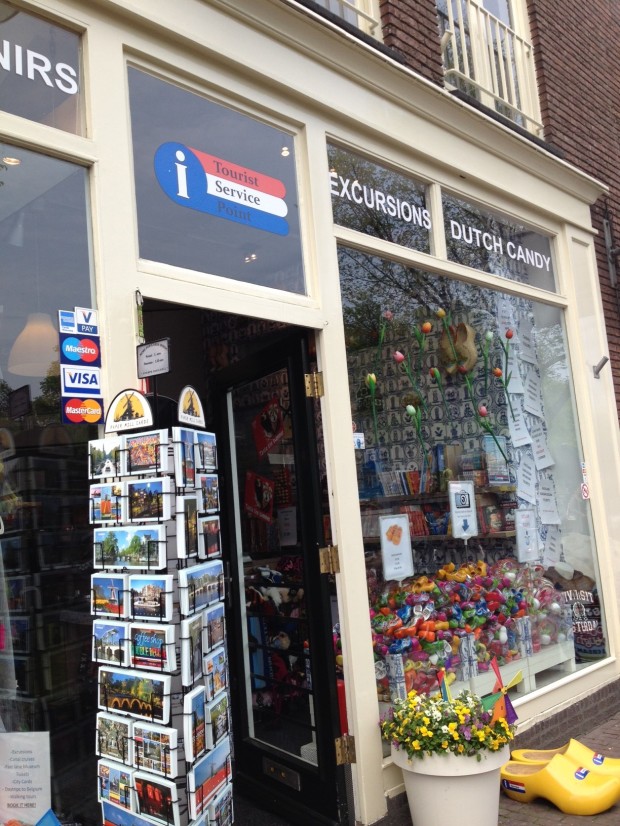 A great little shop for souvenirs (opposite Anne Frank’s House) and not too over-priced. They have everything from magnets and mugs, to stroopwafels and clogs!

And did I tell you about the Street Art in Amsterdam…? Keep your eyes peeled, it’s lurking around every corner! 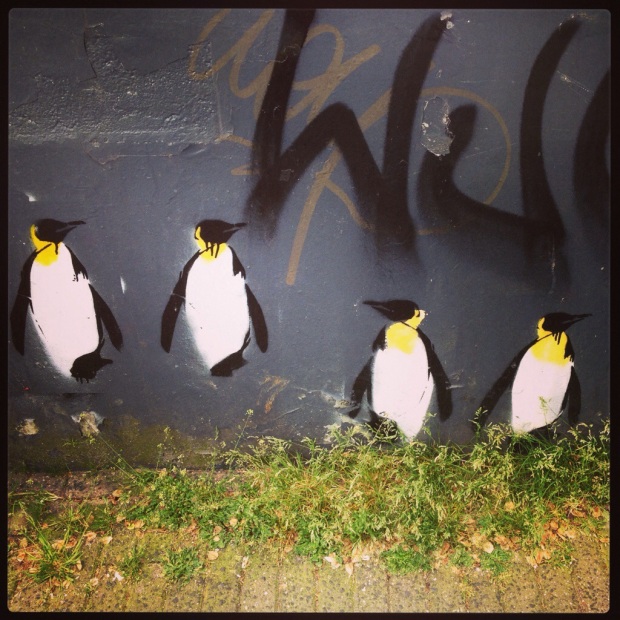 Ok, not technically street art… this is actually the window of a Nursery, but still kinda cool… 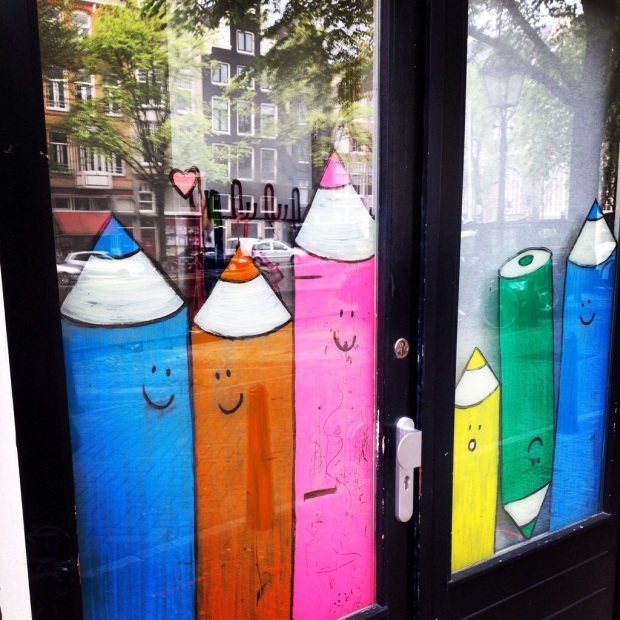 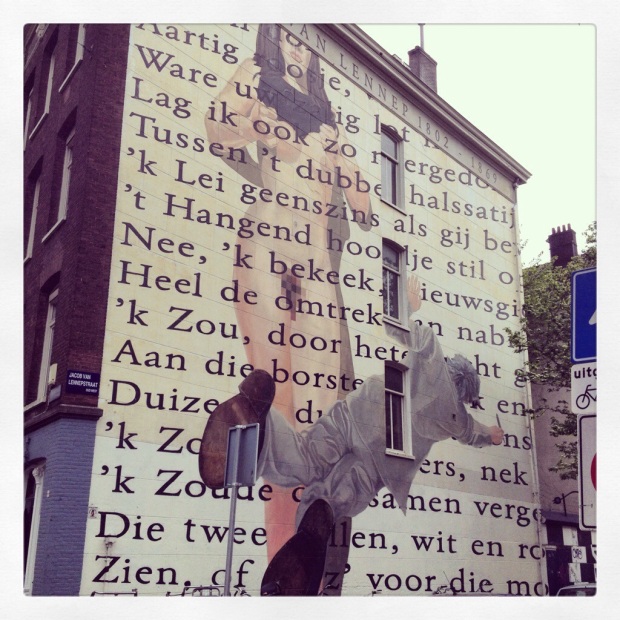 Once we’d done Prinsengracht to death, we pretty much did a full lap of central Amsterdam. I’ve been to the city 15+ times, but I’ve never seen as much as I did on this particular trip!! Props to my best friend, she was the perfect partner to explore with – enthusiastic, full of energy and despite only being 5′ 2″ she kept up with my long legs all day. 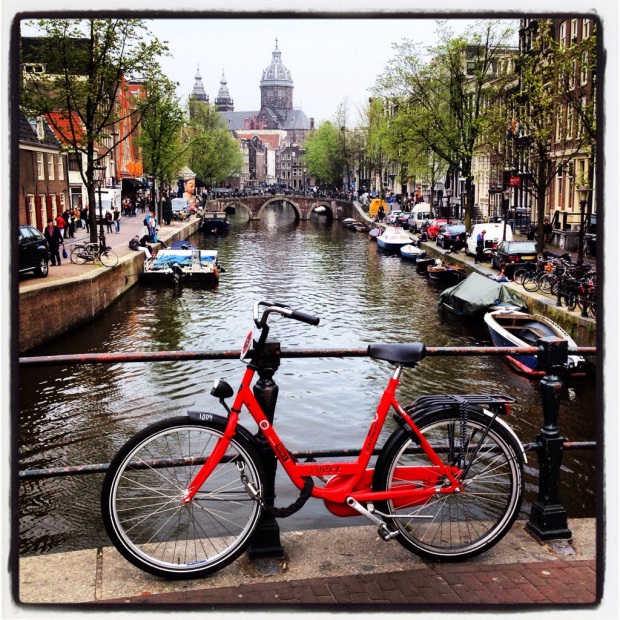 I found out after taking the picture that the first boat on the right actually belongs to a friend of ours! Where was he when we needed a canal tour, huh?? 😉 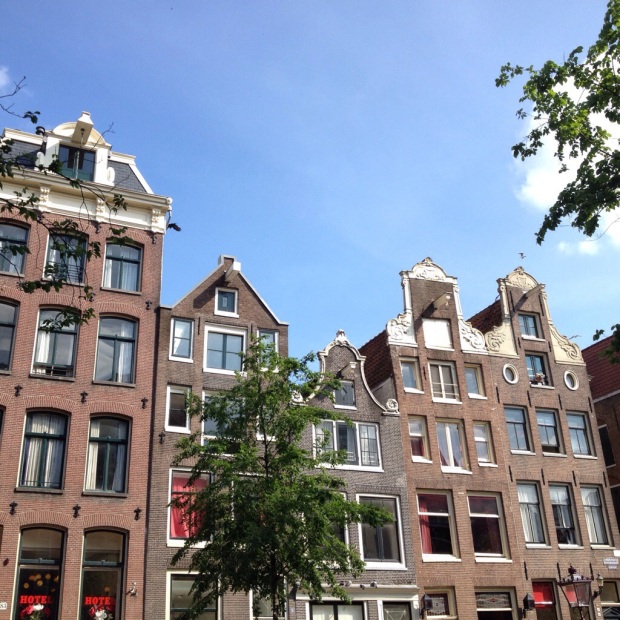 We also had to visit Museumplein, of course…

Outside the Van Gogh Museum, with bikes in shot… naturally!

And the famous I amsterdam letters!

And what outing would be complete without the best Dutch delicacy known to (wo)man???

My friend loved them (I’m yet to find a meat-eater who doesn’t, actually!)… and I’d give Cafe del Mondo (Nieuwmarkt) a very respectable 9/10 for their near-perfect plate of bitterballen. A minus point because they weren’t perfectly round and the rocket on the side was slightly sad looking 😉